What a lovely day to take the kids for a paddle. #RedRiverHogs #thezoo #ChesterZoo #Hoglets pic.twitter.com/sG35fGM1HQ 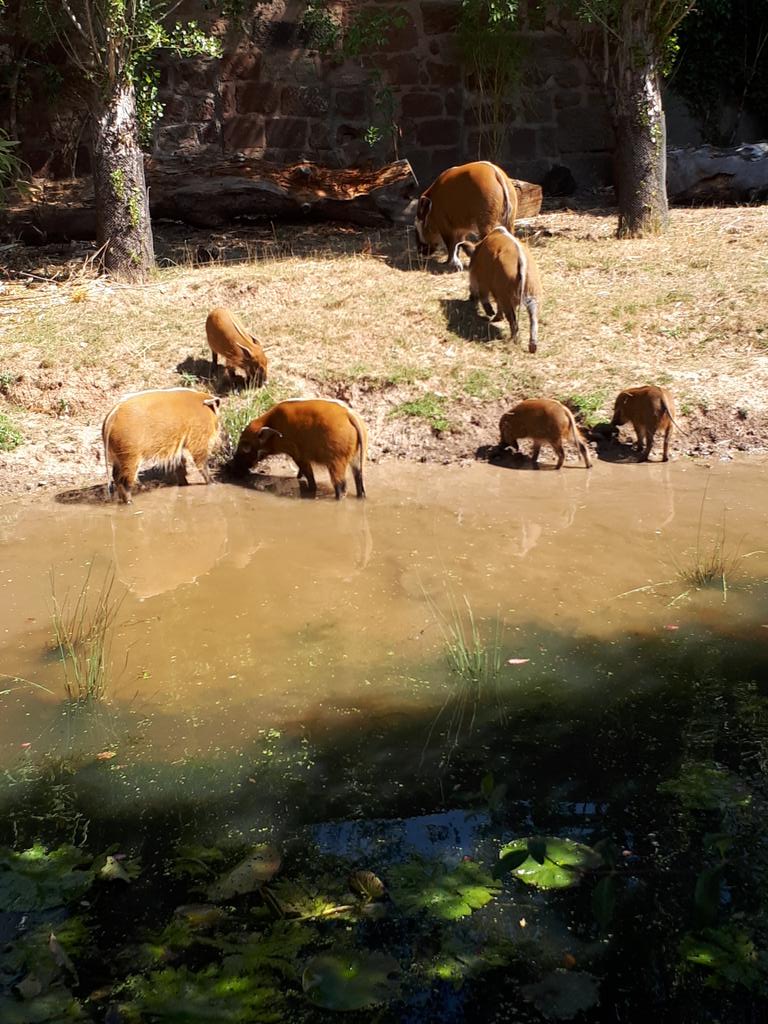 #happymonday It’s going to be a busy day for us here, 3 have gone to the vet for assessment, lots of release assessments, microscope work and hoglet feeds! #hedgehog #hoglets #MondayMotivaton #cute #cutepic.twitter.com/dOAVl1tjnE 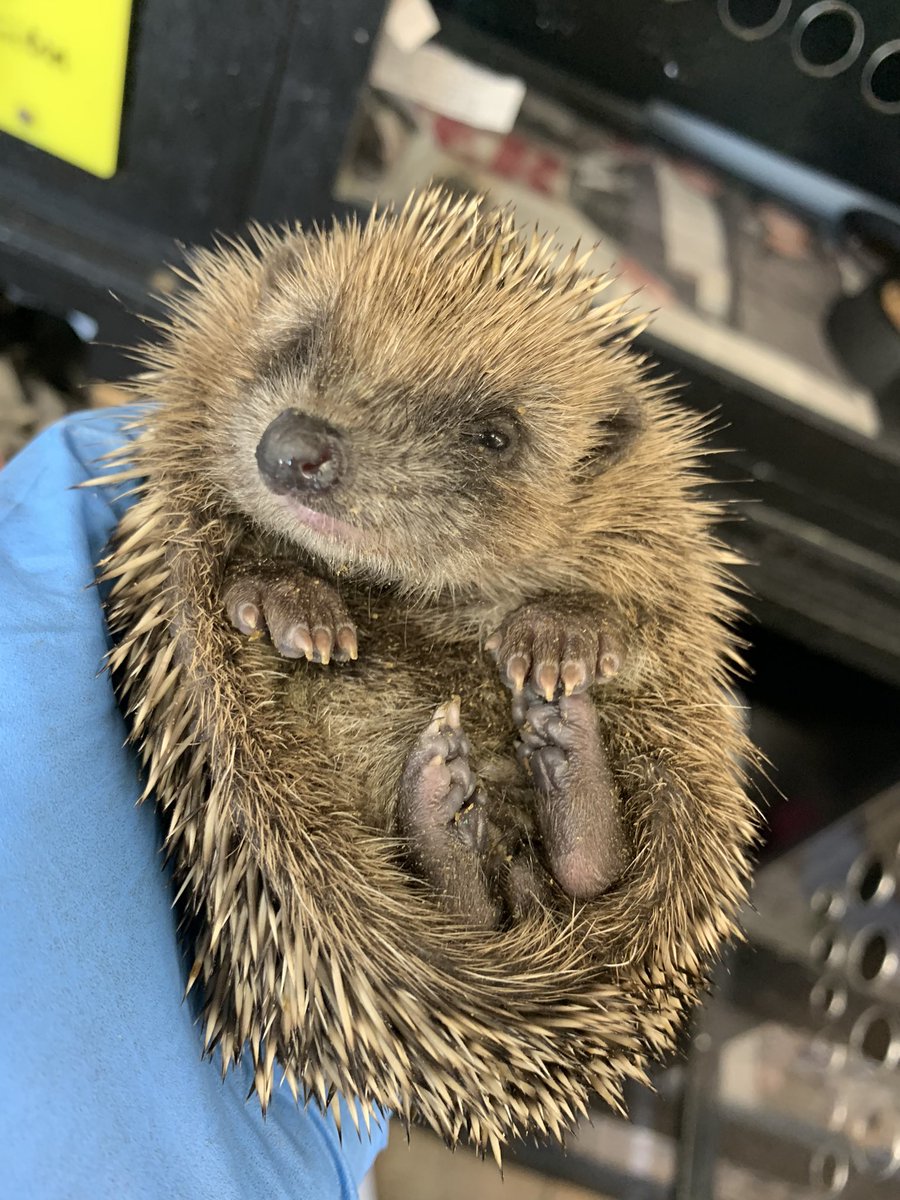 #HappyFriday from Minerva! Our little ones are growing up so fast… they are now off hand feeds 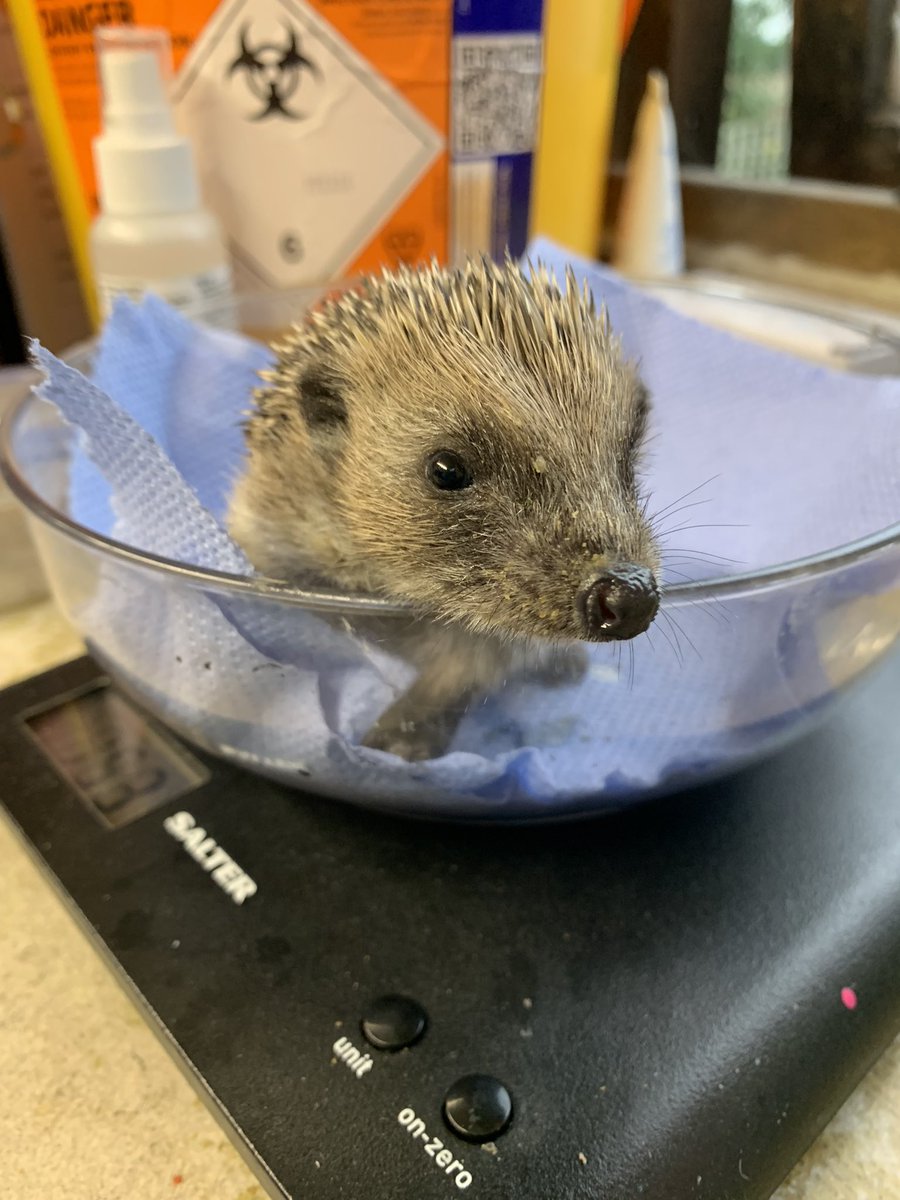 This is an amazing service. Can’t recommend it enough #Poetrycommunity #hoglets https://twitter.com/selcouthstation/status/1404385856668979203 …

I love #hedgehogs in the garden but had been warned about how messy they are. This is the aftermath I muck out every morning. It’s definitely got worse since the #hoglets turned up 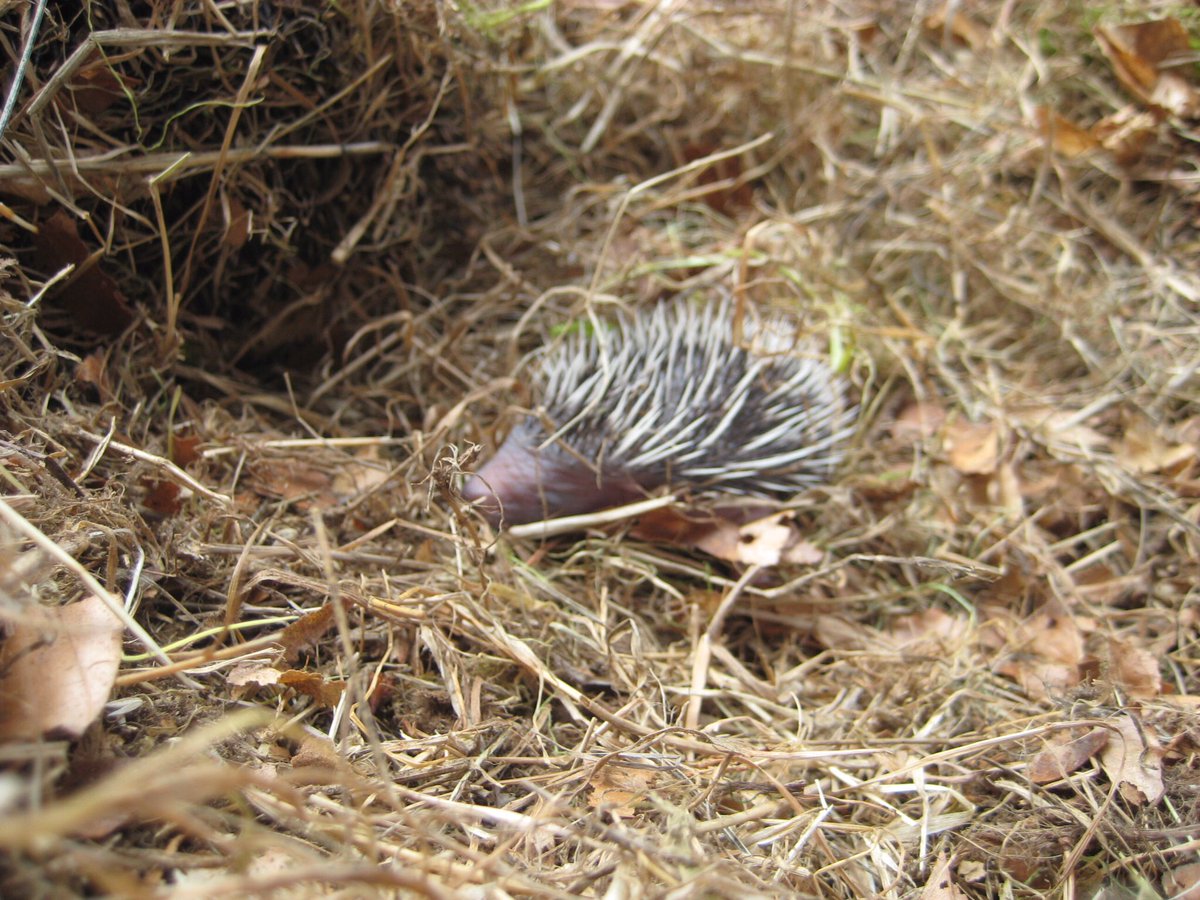 #hoglets in the garden tonight around 9.30pm 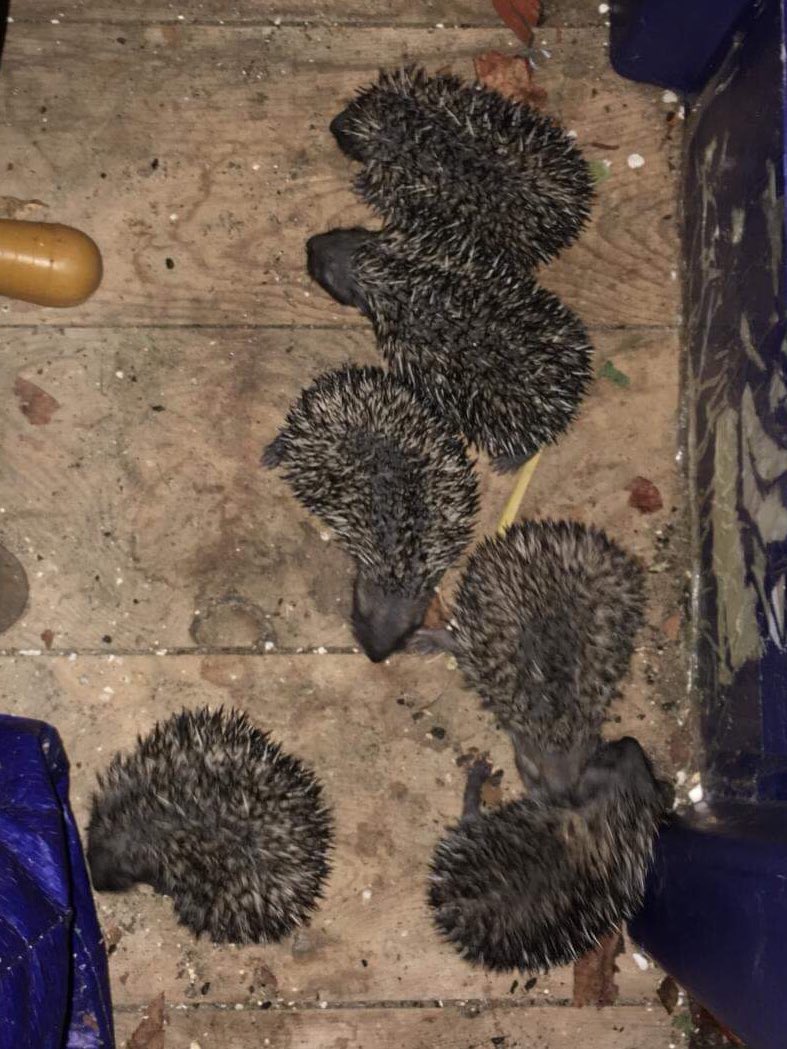 These mischievous little hoglets are always a firm favourite. You can find ‘Hedgerow’ greetings cards here 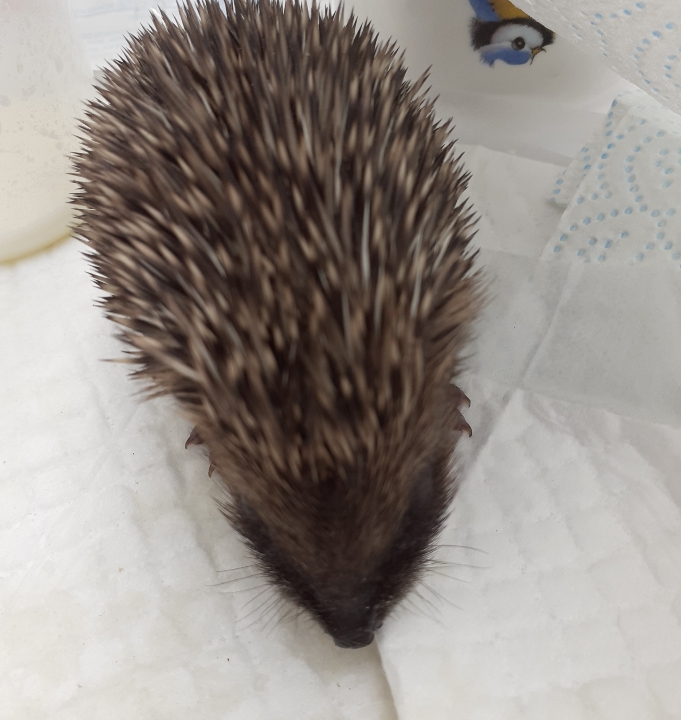 This is where my breakfast comes from! Why is it empty? #hedgehog #hedgehogrehab #hoglets #wildlifepic.twitter.com/KiLcS16sk4 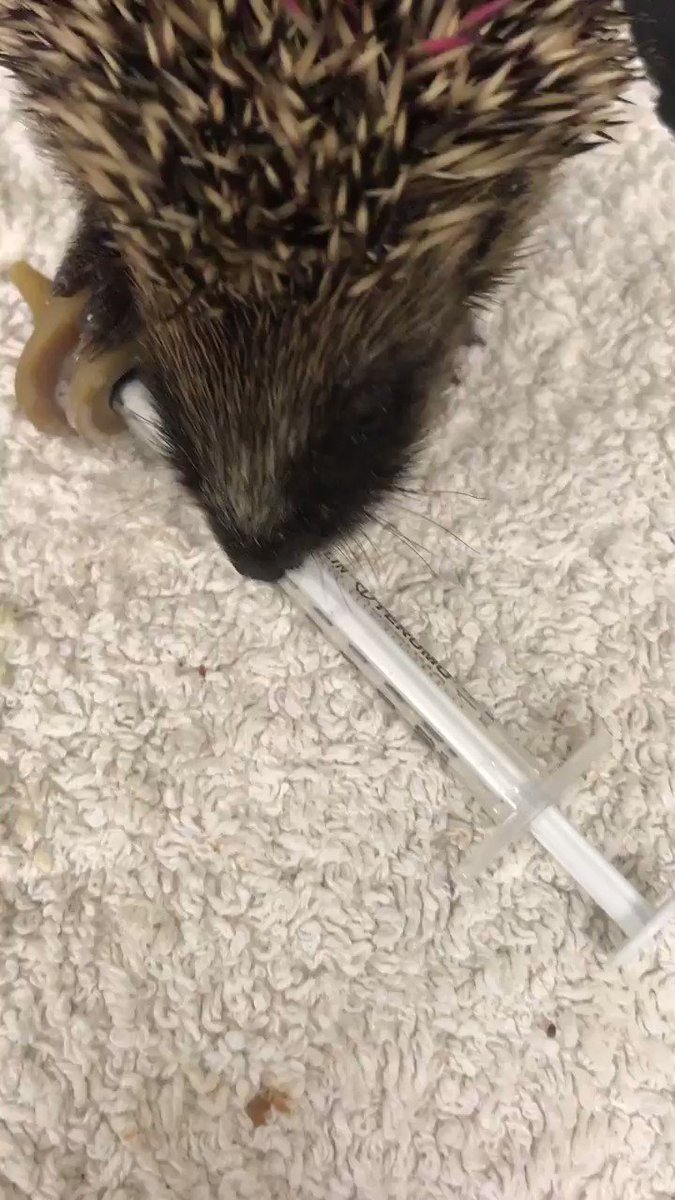 Busy few weeks hand feeding & caring for orphaned #hoglets. They just keep coming! Here are just a handful of #Essex #hedgehogs in our care atm. Thank you to everyone keeping a look out for those needing help #Frinton #Colchester #Witham #Chelmsfordpic.twitter.com/RKUZUJcsKo 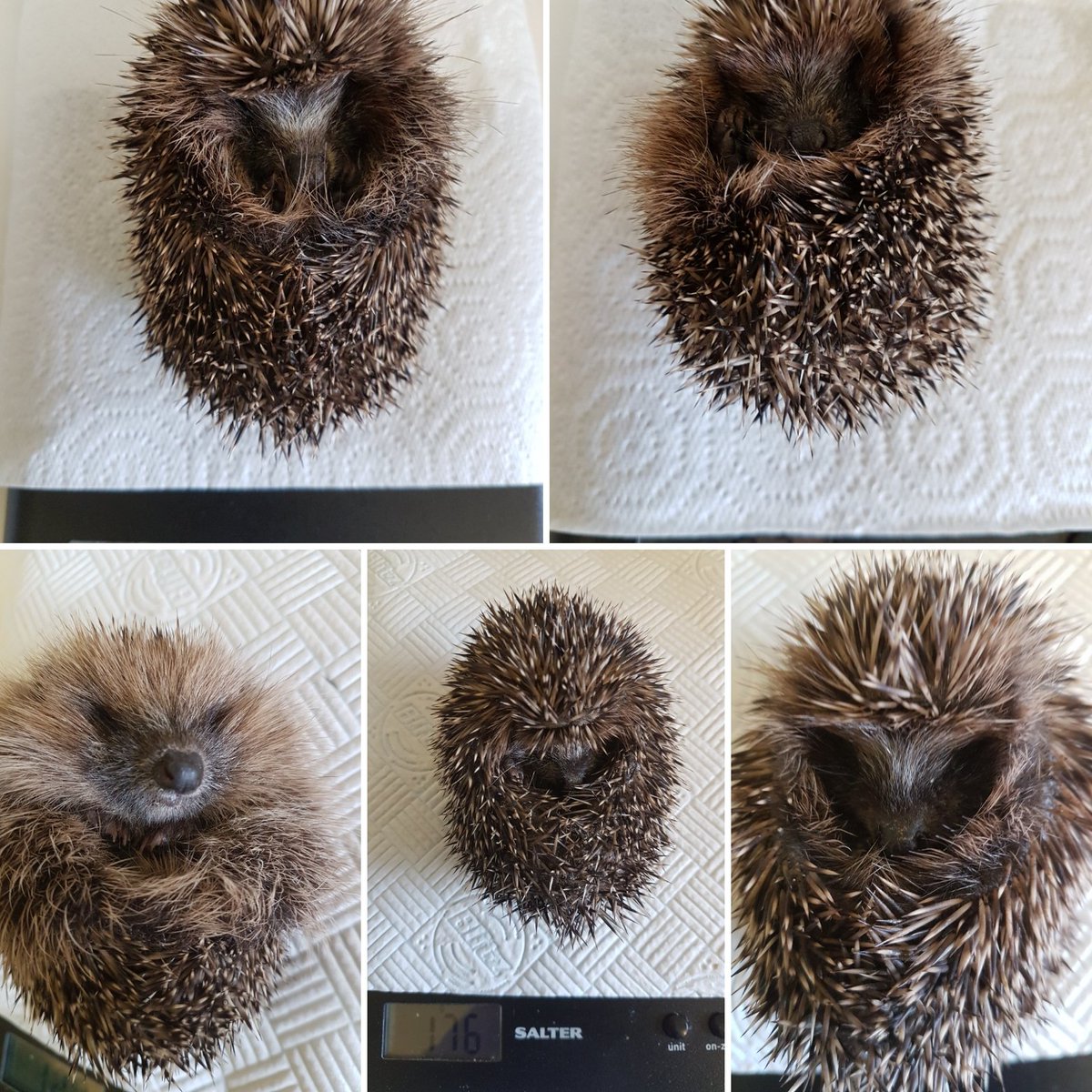 We made it through the night, despite Albert taking a turn for the worst at 3am & we're practicing curling

His nose is still blocked & bleeding, but the wound is starting to heal. +3g this morning, despite getting rid of a backlog of poo! #Pricklypals #hedgehogs #hoglets pic.twitter.com/XzgYH4IbRS 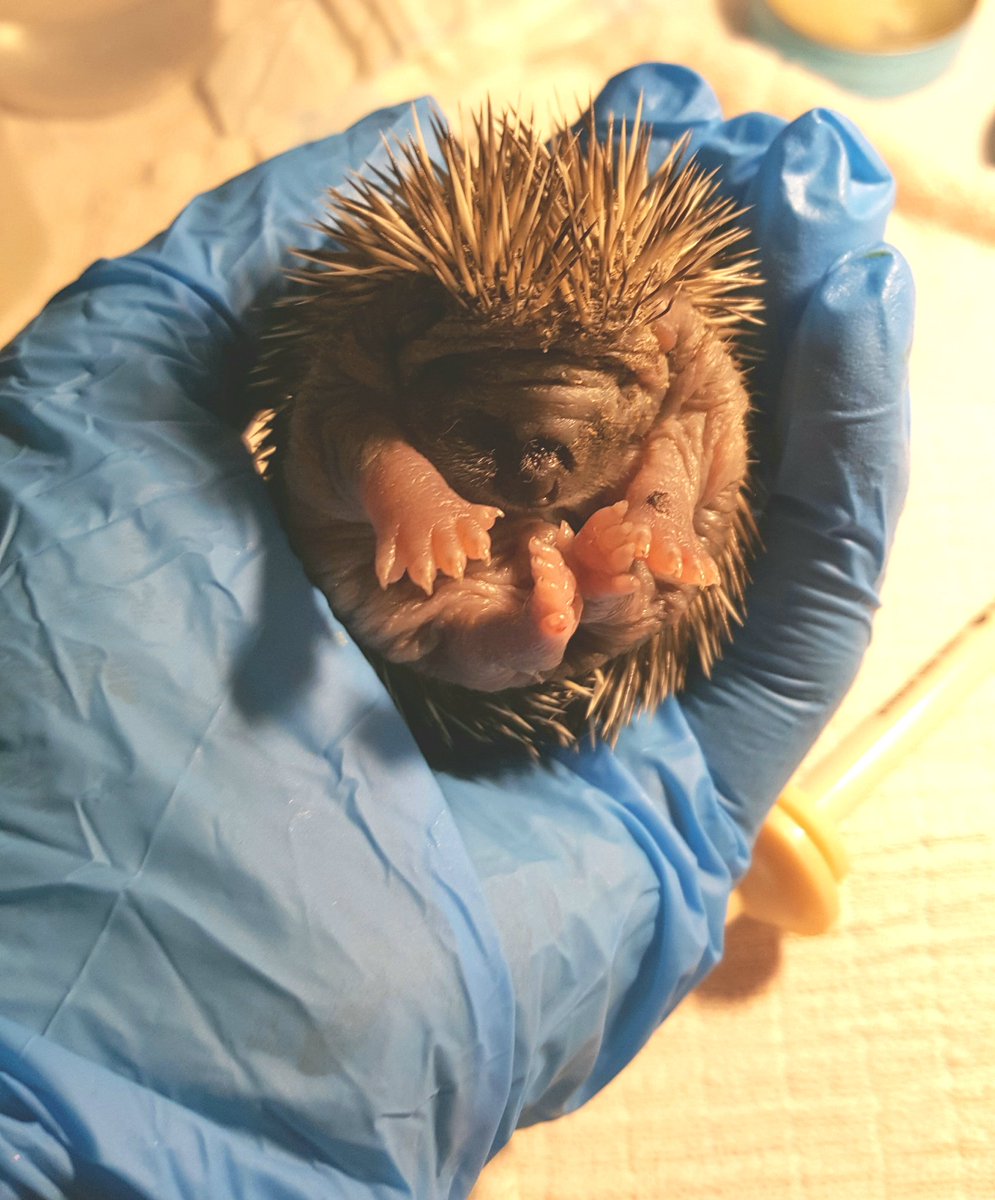 An unexpected, but incredibly cute find

It's a bit cold up here in the north yet but hedgehogs are beginning to wake up. Big Jeff is keeping warm but he'll soon have to leave and start his new life. Lots of food at the feed stations but no natural food for #hedgehogs yet. #wildlife #hoglets pic.twitter.com/0IuRlBtutR These 4 little #hoglets baby #hedgehogs were orphaned when their mum was killed on the road. Only 80g each, now safe at our #hedgehog rescue. Here's how you can help: Wishlist http://amzn.eu/axkd2gL  Donations https://www.goldengiving.com/wall/poppys-creche … Thank you to our supporters #charitytuesdaypic.twitter.com/SExz3NkCSE 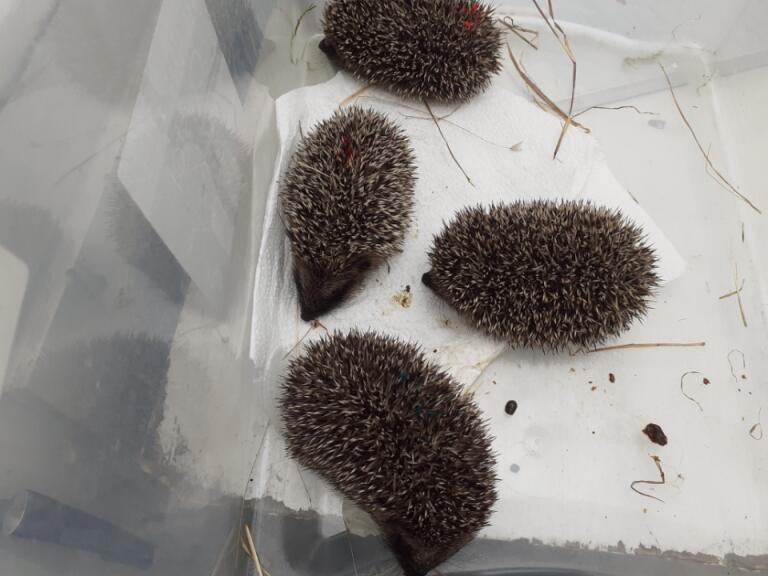 The #hoglets are still coming in and July has been a truly busy month for us at the hospital - with over 1,100 patients admitted! We currently have more than 150 hoglets in care of varying ages, many of them keeping our staff very busy with hand feeding

Chickpea is stable but not gaining much weight, investigating. #Hoglets #Autumnpic.twitter.com/KGezXoSkQh